Indian motorcycle manufacturer Hero Group is to invest Rs6.5bn ($141m) in developing a five-star deluxe hotel in Gurgaon, India. The 280-room project, part of the company's plans to venture into the hospitality sector, will be commissioned in 12 months. Hero Motors managing di
Abu Dhabi-based investment management and advisory firm The National Investor (TNI) has invested $50m in renovating and expanding its Mafraq Hotel in Abu Dhabi. TNI bought the 121-room hotel in 2007, expanded it to 250 rooms, rebranded it and decided to manage the property in-house.
Global hotel chains have teamed up with International Tourism Partnership and the World Travel & Tourism Council to form a carbon measurement group aimed at forging an international standard for hotels to calculate their carbon output. World Travel & Tourism Council president an
Hilton Hotels & Resorts has launched the Hilton London Heathrow Airport Terminal 5, the chain's second hotel at Heathrow Airport, London, UK. The 350-room hotel offers 926m² of conference space, which can accommodate up to 1,170 guests, a ballroom with a seating capacity for 8
Chinese hotel chain Home Inns & Hotels Management has received anti-trust approval from the government's Ministry of Commerce for its proposed acquisition of Motel 168 International for approximately $470m. The acquisition, which was announced in May 2011, is expected to be complet 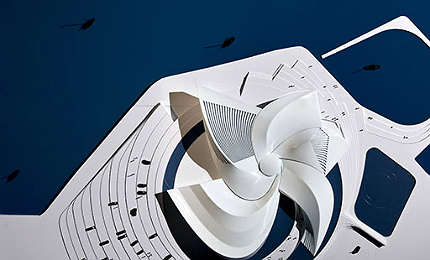 The Blue Planet is a new aquarium built at Kastrup Yacht Harbour on the island of Amager near Copenhagen, Denmark. The new building has replaced the existing aquarium located in Charlottenlund.

Built in 1939, the old aquarium became outdated despite several renovations. Due to limited scope for expansion of the old facility, construction of a new building was proposed. A design proposed by 3XN was chosen for the new aquarium in June 2008, following a competition launched in December 2007.

The Blue Planet Building Foundation owns the aquarium, while Denmark’s Aquarium is the operator. Funding for the project was provided by Realdania, the Knud Højgaard Foundation and the Municipality of Tårnby.

The Blue Planet was built at a cost of £630m ($1bn) and opened on 22 March 2013. It is the largest aquarium in northern Europe and is expected to become a significant landmark for Copenhagen, attracting 700,000 visitors annually.

"The Blue Planet Building Foundation owns the aquarium, while Denmark’s Aquarium is the operator."

The aquarium is built on a 27,000m² (2.7ha or 6.67 acre) man-made hill or mound at Kastrup Yacht Harbour. The hill is located on the edge of the Øresund Sound, a narrow strait separating Sweden and Denmark. The aquarium is located close to the airport and is accessible through various modes of transport, such as motorway, train, metro, buses and public paths. The site has good visibility from the water and the sky.

Inspiration and design for the Blue Planet

Inspiration for the design of the Blue Planet was drawn from sea itself. The organic motion of the sea water and the varieties of shapes and scales of sea creatures are reflected in the design.

"It is the largest aquarium in northern Europe and is expected to become a significant landmark for Copenhagen."

The Blue Planet has a gross floor area of 9,000m² (96,875ft²) and is surrounded by water on all sides. It is shaped in the form of a giant swirl or a maelstrom and includes a central lobby from which five arms or wings project.

The lobby is the main centre for navigation and exhibitions in the aquarium. A skylight above the lobby allows daylight to enter through the pool of water. This creates flickering sunspots on the floor and walls of the lobby.

The five arms have a curved design and house the exhibition spaces of the aquarium. They include long corridors containing 60 to 70 tanks. The five arms are divided into various sections, hot fresh water, rain, cold salt water and outdoor lake.

The aquarium is shaped so that ample space is left for future expansion. Each of the five arms can be expanded by adding extensions.

Facilities at the Blue Planet aquarium

The tanks exhibit around 20,000 exotic marine animals and 450 species. Ocean Tank, the largest of the 53 tanks at the Blue Planet, contains around seven million litres of water.

Acrylic glazing was used for the tank, instead of conventional glass, to provide higher resistance. The exhibitions are based on various themes, such as Faroe Islands, Pacific Coast, the lakes, Amazonas – the drowned forest, the tropical oceanarium and coral reef – sea rainforest.

A lecture hall and offices are also part of the aquarium. The outdoor area of the facility covers an area of 2,000m² (21,527ft²) and includes parking spaces.

Moe & Brødsgaard was the engineer for the project, while construction work was carried out by MT Højgaard, Kai Andersen, E. Pihl & Son and Advanced Aquarium Technologies. Kvorning Design & Communication designed the exhibition spaces of the aquarium.

Jesper Kongshaug provided the lighting concept and Anders Jørgensen designed the sound system. Aquagain was appointed for building the stairs, handrails, walkways and diving platforms. Fibreglass-reinforced composite was used for the construction of the same.

The Amager Bakke waste-to-energy plant is being built on the outskirts of Copenhagen in Denmark.

Skidome is a proposed snowflake-shaped ski dome being planned for construction over River Guden in the city of Randers in Denmark. Upon its completion, the new ski dome will replace the 22,500m² ski dome in Dubai as the world’s largest ski dome.