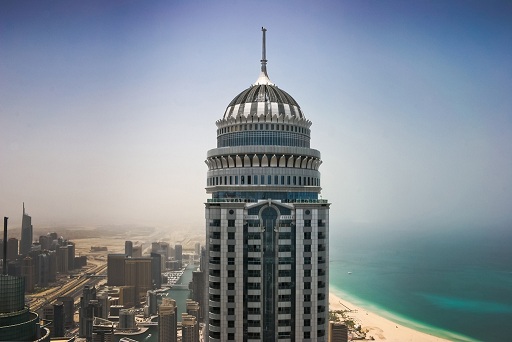 Princess Tower in Dubai, UAE, developed by the property group Tameer Holding Investments, has been recognised by Guinness World Records as the world’s tallest residential building.

The 414m tower, topped with a crown, is located in Dubai Marina among other major projects like The Palm, Burj Al Arab, Madinat Jumeirah and The World Island.

The tower stands at 107 storeys, including basement floors, a ground floor and 100 above ground levels, despite originally being proposed as a 90-storey building.

Princess Tower occupies an area of 37,410ft² and houses 763 apartments, including one, two, three and four bedroom apartments, in addition to duplex penthouse apartments overlooking the Palm Jumeirah.

Tameer handed over Silver Tower in Dubai in December 2011 and is currently working on Regal Tower.

Dubai already has a Guinness World Record to its name for the tallest building in the world – the 828m, 160-storey Burj Khalifa.